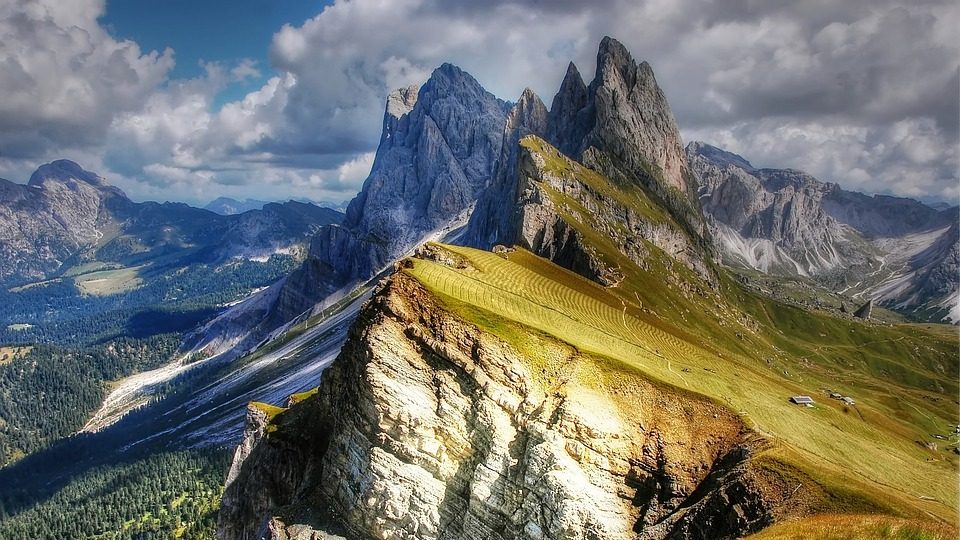 During the summer it’s normal for tourists to choose the beaches or a even cruise to escape the heat, but a mountain retreat can be just as refreshing. Summer in Italy and hiking in the Alps are definitely the top choice in Europe when it comes to choosing an adventure vacation, and it is in the eastern portion of the famed mountain range that we find the Dolomites.

The Dolomites are stretched out between the regions of Trentino, Sudtirol and northern Veneto and take their name from the carbonate rock dolomite which gives the mountains their distinctive appearance. Unique between any other mountain range is the way the rocks literally change colour depending on the time of the day.

At dusk and dawn especially, the magnesium studded cliffs change hues from light yellow to red, pink and even violet. The process is called “Enrosadira” which is not a scientific term but comes from the local Ladin language meaning “turning pink”.

The locals are just as rugged as the location, being a mix of Tyrolean, Venetian and Italian culture they are an interesting mix of stony faced and whimsical characters. As proud of their beautiful landscape as they are open to visitors who truly appreciate it.

Each of the three regions the Dolomites are distributed in have their own singular characteristics and most sought-after peaks, parks, lakes and localities. The whole entirety of the Dolomite range is a protected UNESCO world heritage site. The mountains also have distinctive and extreme features due to being made out in large part of a mixture of carsic and dolomitic rock giving them a more imposing and monolithic appearance than their alpine counterparts in Switzerland, France or even the rest of Italy.

Activities abound, although obviously hiking in Italy is the most thoroughly advised. The thrill of conquering a peak (and important ones at that, as the medium height of the Dolomites is around 2500-3000 metres) is almost unmatched. Even a shorter hike to a better vantage point can be an adventure. If not, a stroll through one of the many forests and meadows is warranted.

For the more daring, the entire region is famed as a prime destination for base jumpers and hang gliders. Some of the Alp’s most extreme mountain faces are located here. Mount Civetta for example features an almost perfectly vertical 1500 metre south façade! Mountain biking enthusiasts can also find an abundance of exhilarating on and off-road trails with breathtaking views.

For those who want to see the view from above and for any reason cannot or do not want to hike to the summit, many peaks have cable cars going up to the very top. This includes the mountain range’s highest, the queen of the Dolomites, the Marmolada (3343 metres).

As is the case with other mountain ranges, the Dolomite’s many lakes are a spectacle of their own. For those travellers who can’t live without at least one dip into any kind of body of water, the area has some of the most striking and exquisitely positioned mountain lakes in the world. Careful though, fresh mountain water can be quite chilly, but nothing beats jumping in an alpine lake on a sweltering hot summer day.

Many camping grounds lakeside offer equipment and courses for kayaking and windsurfing as well as rafting excursions, down the many rivers and creeks that are born from the region.

Being covered almost entirely by national parks, the Dolomites also have some of the most varied fauna and flora in all of Europe. From deer to mountain goats, alpine ibexes, wolves, foxes, squirrels, extensive birdlife and even a small and stable population of bears (not to worry though the population is very small and there hasn’t been a bear attack in Italy basically since medieval times).

It is not uncommon to see at least one wild (and completely harmless) animal while trekking. In summer it is easy to find a multitude of freely growing blackberries, blueberries, strawberries, raspberries ripe for the picking.

So if you are craving an unforgettable mountain vacation to one of the most breathtaking places in the world. With mountains that change colour and Carribean style lakes at 2000 metres, the Dolomites is the place for you. One thing to mention is also the budget aspect of a visit. The area is very BnB friendly and one can easily snag a room for 20-25 euros a head (especially if one avoids Cortina D’Ampezzo which, since the Winter Olympics were held in the 50s, has been the Dolomites response to St. Morritz, still a wonderful place though).

Treviso with its many low-cost flights is the closest and most efficient airport in the region, strategically positioned about an hour away from the first pinnacles starting in northern Veneto, but the whole area should be explored in its entirety if possible. Though normally once you go there it starts becoming a habit to return because there really is no place quite like the Dolomites. 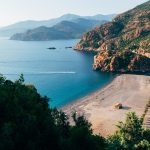 Nonza | The black beach of Corsica

Phuket | A Guide to Your Slice of Thai Paradise

Rovinj | Gem of Istria, one of the best places to visit in Croatia