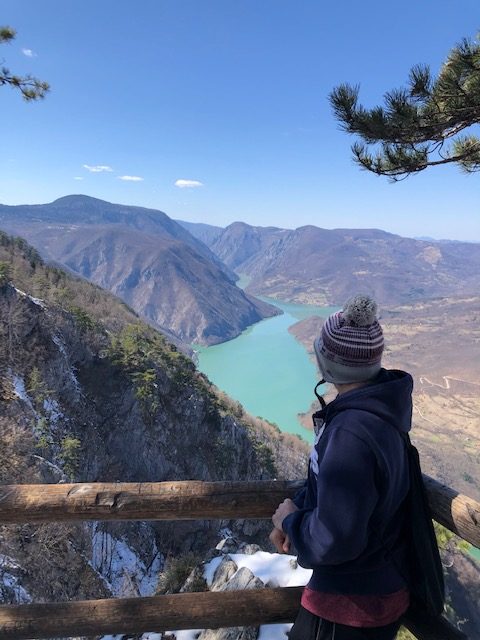 After nearly a year of waiting, I’ve finally arrived in the Balkans. Enthralled by the region’s natural beauty, ancient & medieval history, and overlooked destinations, my Balkan tour officially begins. The first country I had the pleasure of visiting was Serbia, and this landlocked country was a bag of mysteries. It’s among the nations I researched the least, so I was eager to kick off my near 2-week adventure here.

Throughout history, Serbia has been a crossroads of empires, conquerors, and diverse cultures. From Celtic tribes and the ancient Romans to the medieval Serbian Empire and the Ottomans, Serbia has always been a strategic landmass. Serbia’s historic gems and natural beauty will spark the wanderlust inside worldly travelers, and more people should visit.

If you’re itching to visit this Balkan country, I’ve listed my 5 best places to visit in Serbia. Whether you’re a nature lover or urban dweller, you won’t be disappointed.

Situated in Western Serbia near the border with Bosnia & Herzegovina, Tara is a jewel of untouched nature. Mount Tara sits within the inner Dinaric Alps and rewards nature lovers with year-round outdoor activities. With the emerald-green waters of the Drina River Canyon, limestone cliffs, and coniferous forests, it’s my favorite destination in Serbia. If you’re searching for top-notch hiking in Serbia, Tara has over 290 km of trails.

But if you’re on limited time like me, I recommend hiring a driver to take you to the best viewpoints of Tara. The charming mountain village of Bajina Bašta is where I advise starting your Tara journey. Before arriving at the houseboats on Lake Perućac, visit the famous Drina River House and River Vrelo. At only 365 meters, the Vrelo is also called “A Year River” and the shortest in Europe. The Vrelo flows into the Drina River via a 10-meter waterfall and hosts one of Serbia’s biggest summer festivals.

As you ascend the mountain roads, vistas of the Drina River Canyon only become more spectacular. Rugged peaks dot the horizon, and the emerald river sparkles in the sunlight. You’ll also notice the embankment dam that serves the Bajina Bašta Hydroelectric Power Plant. Water from Lake Perućac is pumped 600 meters above to Zaovine Lake, a refreshing swimming spot during summer. And for the most dramatic view of Tara National Park, Banjska Stena overlooks the mighty Drina River Canyon from above.

If you’re already in Bajina Bašta, I highly recommend paying a visit to the peaceful Rača Monastery. The Serbian Orthodox monastery is only 7 km south of the village and sits along the Rača River. With a history dating to the 13th century, the medieval monastery was instrumental in preserving Serbian literature. Although Rača was destroyed by the Turks in the 17th century, the resilient Serbs repeatedly rebuilt the church during Ottoman rule.

The church includes an elaborate iconostasis from the mid-19th century, and beautiful fresco paintings adorn the interior. The adjacent guesthouse contains sacred Serbian literary works that date to the Middle Ages. With the surrounding forests and trickling mountain stream, it’s a surreal setting to center yourself.

A hiking path behind the monastery follows the river and ventures deeper into the forest. After a slight ascent through the valley, you see distant mountain peaks and arrive at the spring of Lađevac. With dozens of tiny waterfalls cascading against a moss-covered, rocky slope, it’s a magical sight. And just above the waterfalls, there’s a crystal-clear pool to taste the refreshing water. Although I recommend this ONLY for summer, an extremely steep ascent above the spring takes you to a medieval cave where Serbian monks hid items from the Turks.

Belgrade is the capital and cultural heartbeat of Serbia and where my Serbian adventure began. Although my stay was brief, I quickly learned the importance of this strategic city throughout history. At the confluence of the Danube and Sava rivers, Belgrade Fortress is where Belgrade’s story begins. Dating to the 2nd Century, the hilltop fortification has witnessed countless battles over the years. Wander the ruins to discover remnants of the Romans, Serbs, Turks, and Austro-Hungarians.

Kalemegdan, the grassy field around Belgrade Fortress, is now the most beautiful city park in Belgrade. The park includes numerous monuments, cultural sites, museums, restaurants, and sports facilities for residents. Stari Grad bustles with people from all walks of life and hosts many of Belgrade’s top attractions. Wander Knez Mihailova for espresso, meet your friends ‘kod konja’ (below the horse) at Republic Square, or feel the bohemian vibe of Skadarlija.

And before you depart Belgrade, definitely visit its two most impressive churches. Sitting atop the Vračar plateau, the Temple of Saint Sava is one of the largest churches in the world. The 82-meter high white-marble building with 49 bells and 18 gold-plated crosses is the centerpiece of the Belgrade skyline. Although not as famous, St. Michael’s Cathedral also gave me goosebumps during my visit. The church dates to 1837 and played an instrumental role during the Serbian fight for independence from the Ottoman Empire.

Just outside of Nova Varoš, the Uvac Special Nature Reserve is one of the most beautiful spots in Serbia. The stillness of the Serbian countryside around the Uvac River Canyon was a calming place to escape city life. It’s among the best wildlife viewing locations in Serbia, with Griffon vultures as the main attraction of the nature reserve. The Uvačko, Zlatarsko, and Radoinjsko artificial lakes are a fishing utopia for chub, trout, salmon, catfish, and other species.

With striking vistas of the River Uvac bending through the canyon, Uvac provides some of Serbia’s best hiking. Climb the limestone cliffs for unbelievable views of the emerald water and lush vegetation from above. The continuous sharp bends of the River Uvac make this arguably the most incredible snapshot in Serbia. My only regret was not arriving at this idyllic nature reserve during warmer weather to kayak or take a boat ride on the river.

Niš was the final stop during my travels through Serbia and another city drenched in history. Known during antiquity as Naissus, it’s among the oldest cities anywhere in Europe. The Romans conquered Naissus during the 1st Century B.C., and it would later be the birthplace of Constantine the Great, the first Christian Roman emperor. The Medijana archaeological site was an elaborate villa from Constantine’s rule from 306 to 337. In the city center, the National Museum in Niš contains Roman artifacts and items from other historical eras.

Niš also has its fair share of tragic history and morbid sights you can visit. Built after the Battle of Čegar in 1809, the Skull Tower remains a symbol of the Serbian Uprising against Ottoman rule. The grisly name is how it sounds, and the tower was constructed with walls of human skulls. The horrific structure originally contained 952 skulls, and there are 57 that remain (during my visit).

From the WWII era, the Crveni Krst (Red Cross) Concentration Camp remembers victims of the Holocaust from Niš. It’s believed that 10,000 people died at the camp, and the campgrounds are now a museum. On February 12, 1942, the Red Cross camp was the site of the first mass escape from a Nazi concentration camp. It’s another example of the fierce resiliency of the Serbian people.

Just a short walk from the Red Cross Concentration Camp, Niš Fortress is one of the best-preserved fortifications in Serbia. Although its current design is from the 18th century during Ottoman rule, the fortress dates to the Ancient Roman Empire. Nestled on the right bank of the Nišava River, the fortress offers amazing views of the mountains around Niš. The ruins contain an ancient Octagon Palace, Lapidarium, Vaulted Building, Turkish Bath, the Bali-Bey Mosque, and more.

If you find yourself near Čačak in Central Serbia, I suggest spending a couple of days in the Ovčar-Kablar Gorge. The meandering West Morava River flows through the verdant gorge and creates one of Serbia’s most picturesque sights. Along the rocky massifs and limestone cliffs, there are around a dozen monasteries from the Middle Ages. Whether you kayak its emerald waters, hike through medieval forests, or relax at the Ovčar Banja Spa, tranquility awaits in this small piece of Serbia. 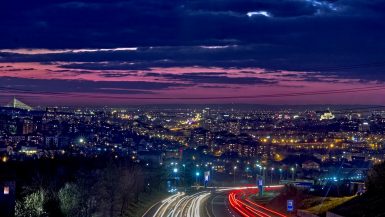