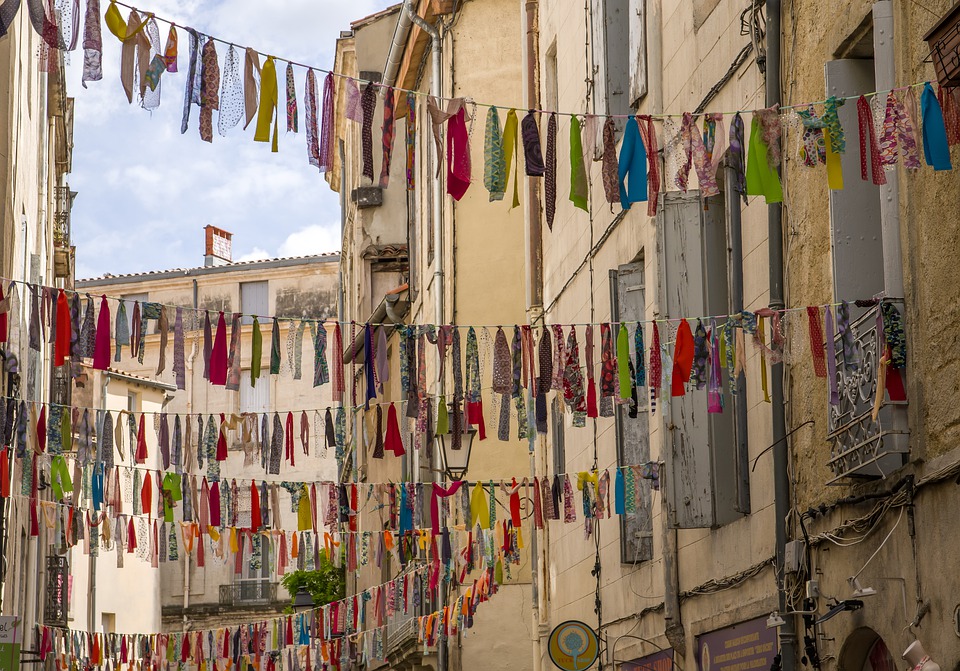 Situated in the heart of the Occitanie department, only 10km from the Mediterranean coast, Montpellier is a dynamic and young city which is re-branding itself as a tourist hotspot. The city recently became the 7th largest in France with a metropolitan area counting 600.000 inhabitants (surpassing Strasbourg). The historic capital of Languedoc and contemporary capital of Heràult region boasts a millenary history. Founded in 985 AD it became illustrious for its institutes of higher learning (its medicine faculty is around 800 years old) and its burgeoning trade at the crossroads between Catalonia and southern France. For centuries it was a provincial city, blessed with warm weather and exquisite local cuisine (and wine). After WWII, the town’s population rose dramatically, and it is now a major hub of south-western France. Let us see what makes Montpellier merit a visit.

Montpellier’s historic centre is called L’Ecussone, the French name for shield, because of its layout as seen from above. Its limits are bound by Place de La Comedie, with its Hausmann-era regal edifices and wide boulevards (some of the largest in walkways in Europe, 230m wide and in some points over 50m wide). On the other side of the historic downtown is Montpellier’s own Arc de Triomphe. The sumptuousness of the cental district reflects the city’s prosperity throughout the 18th and 19th century (a period style seen in most of the palaces and edifices of historical note). An affluence which came to be due to the city’s intense involvement in the wine trade.

Rue de La Loge and Rue Foch are two of the main arteries of Hausmann influenced city (the architect who completely rebuilt Paris operated in Montpellier and many other French cities). In Montpellier though, vestiges of its medieval past are more pronounced. The older quarters of Saint-Ravy and Saint-Roch are characterised by narrow alleyways, marketplaces and squares where locals and tourists revel in an always vibrant and festive atmosphere typical of laid-back southern France. Hotel Gàyon, built in the 15th century was a central building for the many travellers and merchants in town, its frescoes in the main hall are some of the best preserved in the country. Lastly, we have the architectural marvel that is the Fountain of the Three Graces another city landmark and reminder of Occitan architectural mastery.

Cathedral of St.Pierre and the statue of the Sun King

From Place de la Canourge we arrive in front of the great Cathedral of St.Pierre, a masterpiece of regional gothic architecture recognizable by its massive stone archway supported by its three huge towers. The church’s terrace can be reached after 130 steps for breath-taking views of the city. Behind the Arc de Triomphe, along the Peyrou promenade (centre of the southern France’s second-largest flea market) is a great statue of the Roi Soleil, Louis XVII, so called because the sun never set on his kingdom. The statue is a notable landmark of the city, the kings arm raised high above symbolizing protection of the town.

The views from many of the terraces built over the idyllic gardens around Peyrou, especially atop the old Clemént aqueduct, offer stunning views of the Pic-Saint-Lloupe, Le Cevennes and Pyrenees mountain ranges, basically views of landmarks of all of southern France from one vantage point!

Le Fabre and the city’s museums

The Fabre museum is an institution that is the cultural icon of the city. Founded in 1825 Montpellier native Francois Xavier Fabre one of the greatest luminaries of his time, the museums collection of antique and modern art is rivalled in France only by Parisian exhibits and is renowned as a hub by the artistic community worldwide.

The museum was expanded with a new wing in 2007 making the visible space a sprawling 9000km2 from the primitives, to impressionists to contemporary pieces. Of the modernists and contemporaries do not miss the collection of Pierre Soulages, the Rodez native dedicated a set of uniquely creative works focusing on the colour black. Being a city rooted in art and culture, Montpellier boasts a slew of other museums starting with ultra-contemporary MOCO, the Panacèe and the collections of the Ecole Nationale Superieure des Beaux Arts (one of the most renowned in the nation) as well as a slew of smaller venues, boutiques and art galleries.

Symbolizing the new futuristic renewal of the city is the brand-new Antigone neighbourhood. Built from scratch and increased in size from the 1980s till the present day the quarter exposes its futuristic style that blends innovation and neo-classicism. The new living space along the river Lez was thought up by visionary Catalan architect Ricardo Bofill.

From above the complex forms the shape of a key and monumental squares and structures include: Place de Nombre d’Or, Place de Thessalie, Place de Peloponnèse and the magnificent Esplanade D’Europe that serves as the gateway to the district. Some attribute this abundance of Greek and Roman themes to Montpellier’s absence of antique architecture. The city can still serve as a great jumping point to explore other sight of Occitanie, including Arles, Nimes, and Narbonne. The crown jewel of this modernist trend is the Arbre Blanc a 56-metre apartment blocked shaped like a tree and designed by Japanese architect Sou Fujimoto.

So, there we have it, Montpellier is a fast-rising star in the French tourist scene. The city is also renowned for its exceptional organization. The Montpellier City Card offers a range of benefits ranging from museum discounts to free rides on the city’s futuristic tram, designed with a precise historical itinerary in mind. Last but not least, we have to mention one of Montpellier’s contemporary icons, the city is the birthplace and playground of notorious prankster Remi Gaillard, with a subsection of tourists flocking just to see the settings of some of his more noteworthy shenanigans, who know one might see one of his pranks live. This whimsical side of the city shows just how multi-faceted and truly fascinating this city is.