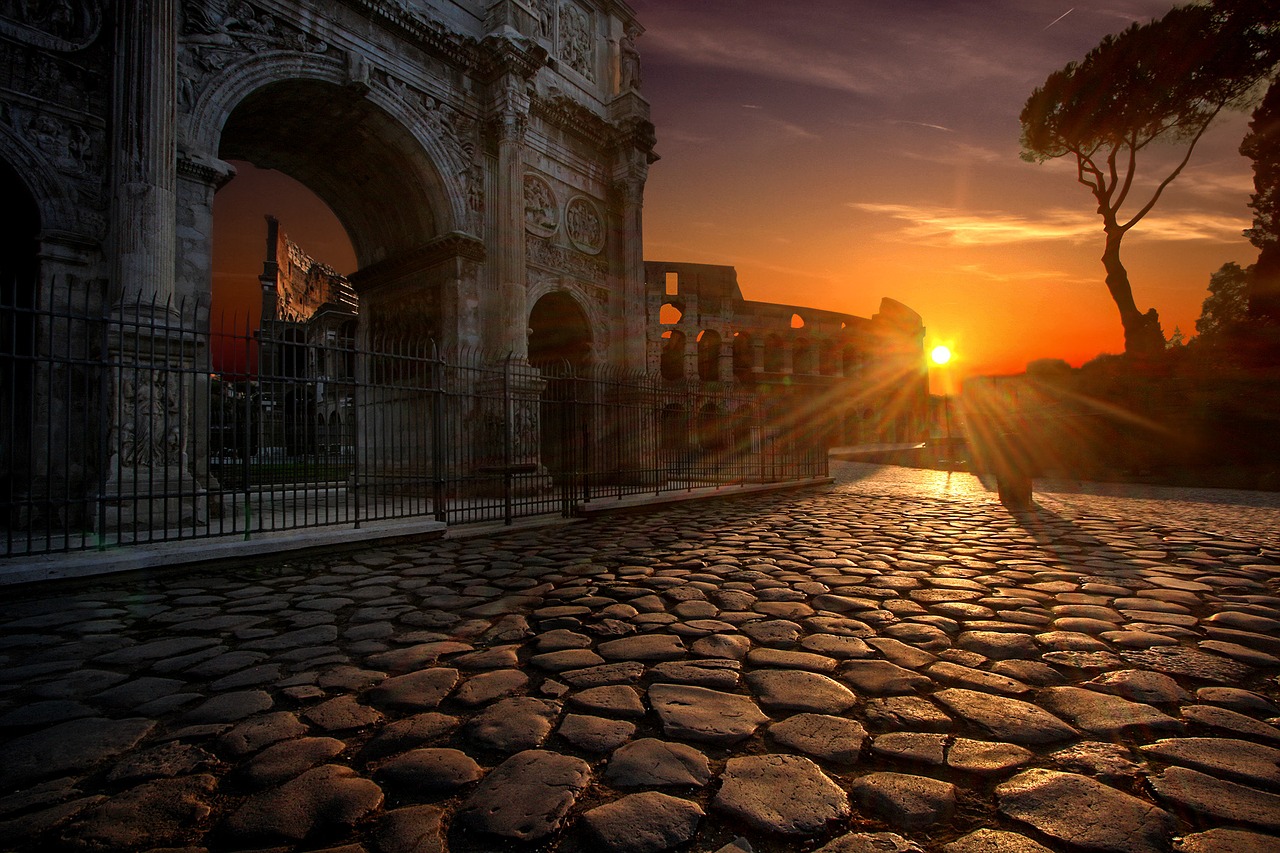 Ahh Rome! The epicenter of the Ancient Roman Empire has captivated the hearts of millions of people in its near 3,000 year history. From astonishing ruins and magnificent churches to inspirational artwork and delicious cuisine, Rome will take your breath away.

For those stepping foot in this cosmopolitan masterpiece for the first time, it can be overwhelming deciding where to go and what to do. Although you could spend years discovering every nook and cranny of this ancient city, start off with these incredible Roman experiences.

The most iconic image of Rome! You can just feel the aura of gladiators and epic battles fought in front of thousands of screaming Romans. The structure is a testament to the archaeological talents of the ancient world as it has survived for 2,000 years.

The “Flavian Amphitheatre” has stood the test of time and is one of the most symbolic depictions of the power once held by the Roman Empire. Millions of people every year flood inside the Colosseum to gain insight of those sensational games carried out to entertain the masses.

The Colosseum was named one of the Seven Modern Wonders of the World and even if you have only two days in Rome, this landmark should be on your to-do-list. Believe us, no visit to this amazing city is complete without visiting the ancient arena.

Technically its own city-state, Vatican City is a treasure for history buffs, art connoisseurs, and architecture enthusiasts. The remarkable St. Peter’s Basilica is one of the most sacred churches in Christianity and it is a spellbinding example of Renaissance architecture at its finest.

The Vatican Museums contain even more splendid pieces of art from the Renaissance period. Walking through the labyrinth of collections, you will find sculptures, paintings, and so much more from some of the most talented artists to ever live.

Here, you will also find one of Michelangelo’s greatest gifts to the world, the Sistine Chapel and its magnificent ceiling.

Across the streets of Rome, you will discover some of the most stunning sculptures across the globe. Nowhere in Rome is more synonymous with astonishing sculptures than its majestic fountains. The aquatic displays became a centerpiece of the city throughout the Renaissance and they enthrall the minds of locals and travelers today.

Trevi Fountain is the largest and one of the most celebrated fountains in the city. Symbolic for the aqueducts that once supplied ancient Rome with water, the fountain is now a place to marvel at displays of impeccable craftsmanship. When you visit Trevi Fountain, toss in a coin or two for good luck!

Of course, there are dozens of other fabulous fountains along the streets of Rome. Some recommendations to start your Rome fountain hunt include Fountain of the Four Rivers, Fountain of the Naiads, and Fontana della Barcaccia. However, if you still don’t feel content, plan your day trip from Rome for more stunning sights and fountains!

You cannot mention Rome without talking about Italian cuisine! Search every street corner for the Roman-style pizza just right for your taste buds. Grab a slice from a few of the many pizzerias in the city to send your taste buds on a wild ride.

For something sweet, head over to a gelateria and cool off with some authentic Italian gelato. The perfect dessert for any day in Rome!