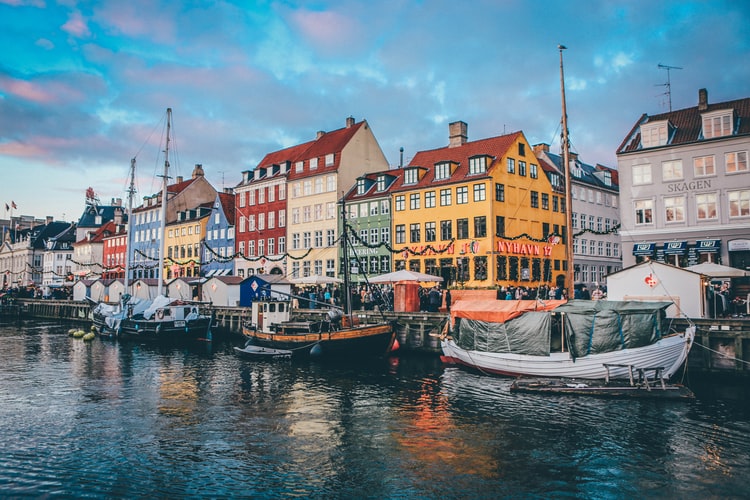 Copenhagen | A Guide to the Fascinating Danish Capital

Standing at a crossroads between Scandinavia and central Europe, Copenhagen is a city that defies easy labels. Such defiance, however, is what makes the city such a fascinating place to visit. There are dozens of things to do in Copenhagen for travelers of any ilk, and with such a delightful blend of culture, history, and modernity at your fingertips, there are plenty of great places to start your adventure as well.

Copenhagen’s Old World architecture belies the modernity of its Nordic culture. Much like their neighbors to the north, Copenhagen’s citizens have a strong commitment to the environment and sustainability, as well as holistic living. This cultural bedrock leads to some exciting and unique experiences to enjoy throughout the city.

The best way to see Copenhagen is as the locals do – by cycling! Bicycles can be rented all around the city, and tours are available for those who prefer something a bit more structured. To really live the local experience, however, simply grab a bike, jump in a lane, and follow the traffic wherever it takes you. Note that you can also tour the city by boat and – in the winter – by spa boat for a truly unique experience.

While on your bike tour, consider stopping by one of the city’s many parks to enjoy the beautiful scenery. The King’s Garden outside Rosenborg Castle is a great option, as are the city’s botanical gardens. If you want to see the grave of Little Mermaid author Hans Christian Andersen, head to Assistens Cemetery, which also doubles as a park.

While Copenhagen certainly has its fair share of palaces and museums, the best way to experience the city’s storied history is through exploring its rich districts and neighborhoods. There you’ll find that Copenhagen’s history is very much alive and well, mixing with the present in ways both strange and satisfying.

Nowhere is this more apparent than Tivoli Gardens, one of the oldest amusement parks in the world. Though the park boasts modern rides and other amusements, much of its appeal comes from simply touring the grounds that date back to the 19th century. Much like the city itself, Tivoli captures that rare feeling of living in another era while enjoying all the comforts of this one. Those who want to visit the oldest amusement park in the world should head just outside the city to Dyrehavsbakken, established way back in 1583.

More historic adventures await at Nyhavn, a 17th century waterfront district as full of color and life as it’s ever been. The district is great for photo ops and grabbing a bite. End your themed tour where history meets myth at the icon of Copenhagen: the statue of The Little Mermaid. Located near the northeastern harbor, you can get there by land or by taking a canal tour straight from Nyhavn.

Though Copenhagen is firmly rooted in its past, the city continues to move forward in unexpected ways. One such move in recent years is the reinvention of Nordic cuisine into the appropriately-titled “New Nordic Cuisine.” Dishes focus on local and seasonal flavors, and are always prepared with organic, sustainable produce. Try it out at one of Copenhagen’s top restaurants, such as Noma, Kadeau, or Restaurant AOC. These Michelin star restaurants don’t come cheap, but will certainly add something special to your itinerary.

Of course, more traditional Danish cuisine is always an option, and a more affordable one at that. Smørrebrød, or Danish open face sandwiches are a delectable option, and Grod (Danish porridge) certainly holds its own. Check out a food market or more traditional restaurants around the city to indulge in these local favorites.