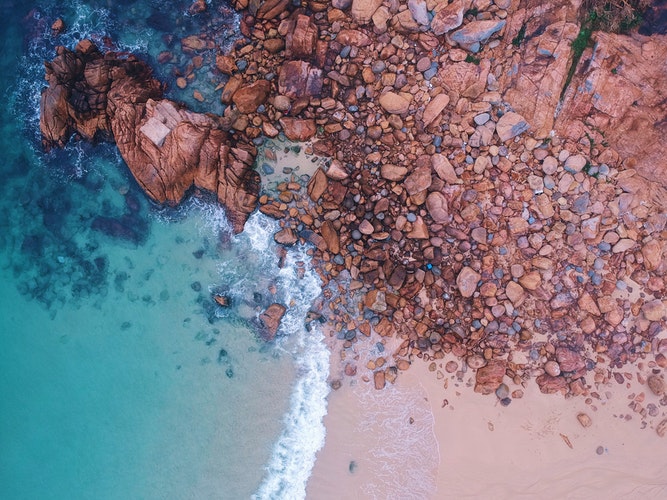 When people think of Asia’s best beaches, their minds jump to places like Thailand, Bali, or even Phu Quoc. To be fair, they wouldn’t be wrong, but you don’t have to go that far to find great beaches. Hong Kong, one of the great entryways to Asia, has plenty of places to spread your towel and get started on that hard-earned relaxation.

As both a major hub city and uniquely governed area of China, Hong Kong is incredibly accessible to even the most novice traveler. Flights are available to the city from many major cities around the world, and a passport is all that is needed to enter. Hong Kong uses both Cantonese and English as its main languages, and navigating the city is relatively easy as a result. Be aware, however, that more rural residents may not always speak English as well as the city-dwellers.

While beach areas are fairly cheap, Hong Kong as a whole can err on the expensive side at times. Pack for mild to hot temperatures, as the climate is subtropical even at its coldest. Don’t forget the sunscreen! Finally, please note that certain beaches may only be accessed through hiking or public transport. Check bus and metro routes, and follow instructions accordingly.

Hong Kong Island itself has several prominent beaches to enjoy, including Shek O and Stanley and St. Stephen’s Beaches. These beaches are situated near fishing villages and offer both restaurants and quaint atmosphere in addition to pristine sand and waves. Both options are a short day trip from the main city.

Outside the main island, your options open up considerably. Tai Long Wan (Big Wave Bay), in the New Territories, is surrounded by natural splendor and is a great place to hike and camp out. It is also known as one of the best instagram spots in Hong Kong. The beaches here feature a few restaurants and a surfboard rental shack, rewards for making it all the way out here. Definitely set aside a full day for this one.

Lantau Island, accessible from the city by metro, also has several beaches to its name, most notably Cheung Sha Beach – the longest beach in Hong Kong. The serene area is divided in two: one side more popular with families, and one more private. Water sports and restaurants are also available here, and the area will make you forget one of the world’s largest cities is right around the corner. Other beaches worth exploring on the island include Pui O, Tong Fuk, and Silvermine Bay. Each has their own draws, including great dining, fishing villages, and even waterfalls to explore. If you have the time, they are well worth the effort!

As a major world city, Hong Kong has unique offerings that other beach destinations just can’t match. While you’re visiting, consider adding some other attractions to your To Do List. Victoria Peak offers great views of the city and the rest of Hong Kong Island, and both the island and Kowloon across the bay offer great bars and nightlife, while the latter features Hong Kong’s famous night markets.

Nearby Lantau Island features a cable car that winds over the wild island, and further attractions such as the serene Tian Tan Buddha and family-friendly Hong Kong Disneyland. For a more local theme park experience, check out Hong Kong’s own Ocean Park. The adventures to be had in Hong Kong are limited only by your time and budget.