5 Istanbul Do’s (As advised by a local)

Istanbul, the Sublime Porte, the Second Rome, Gateway to both Europe and Asia, controlling the entrance to both the Black Sea and the Mediterranean from its unbeatable position on the Golden Horn. The city’s foundation as Byzantium by Greek settlers in the 7th century BC is still shrouded in mystery. Under the Romans it was known as Constantinople, until its ultimate conquest by the Ottoman Turks in 1453 AD. The city was renamed once again becoming Istanbul, from Greek simply meaning “The City”.

Hundreds of different cultures meshed and clashed resulting in the organized chaos of a city we have today. Traces of Greek, Roman, Gothic, Venetian, Genoese, Slavic, Albanian, Circassian, Arab, Persian and French influence are still visible and contribute to the rich cultural and historical tapestry of one of the most beautiful European cities – Istanbul.

Most people know of Hagia Sophia, the Blue Mosque and the Galata tower but the truth is Istanbul has simply too many monuments and areas to list. Most tourists only visit a fraction of what could and should be seen. Here’s hoping our 5 Do’s can help to offer a more immersive experience.

The first Do on our list is to visit Istanbul’s palaces starting with Topkapi and Dolmabahçe, two of the most superb examples of Ottoman regal architecture.

Topkapi palace was once the main residence of the Ottoman sultans, it is now the city’s foremost archaeological museum. The museums collection includes Ottoman weaponry, armour, miniatures, early and later examples of Ottoman clothing, religious relics (such as the prophet Mohammed’s “Burda” his tunic and cape) and famed Islamic manuscripts such as the Topkapi Manuscript, considered by scholars to be the oldest and closest text to the original Quran.

Dolmahbaçe palace, located in the central Besiktas district, was the sultan’s residence and main administrative centre of the Ottoman empire in the modern period. The first Turkish palace built in European style; it is one of the city’s most distinctive landmarks as well as being the largest palace in the country. It hosts a collection of over 202 oil paintings of both European and Turkish artists, spread across the palace’s many chambers and courtyards decorated in the rococo, baroque and bohemian stiles of the period (late 19th century).

The chandelier in the Medhal, the main hall, where foreign dignitaries would wait for an audience with the sultan, is the largest in the world. The whole palace is also a museum focused on the later stages of the Ottoman empire and the early period of the Turkish Republic. Two other palaces well worth a visit are Yildiz palace (in walking distance from Dolmahbace) and the Berleybey palace, once the sultan’s summer retreat.

Spend some time strolling through the Fener neighbourhood in the Fatih district. The area is home to the Orthodox patriarchate in Istanbul and it represents the pre-Ottoman era of the city. The historic quarter is known for its vestiges of Greek Byzantine architecture reflected in its old colourful houses and churches as well as its many antique shops, which hold daily street auctions where passers-by can join at any time.

On this note, due to its proximity, get lost in Istanbul’s Grand Bazaar, the oldest and largest closed market in the world. It is called the “world’s oldest mall” where one can find virtually anything. It is visited daily by up to 400.000 people (it frequently tops the charts in most visited tourist attraction reaching its height in 2014 with an incredible 92 million annual visitors) so it is by no means an “underground” destination but it should really be explored as much as possible as it truly has no equals in the world.

Though a beacon of art and culture, the city is also partiers wet dream. Istanbul’s nightlife is on another level and caters to all tastes and budgets. The Beyoglu district epitomizes the city’s soul afterhours. The best bars are in the Karakoy and Asmali Mescit areas while the Taksim square area is known as the central hub for clubbing. Ortakoy in Besiktas is another area known for its many establishments. Even if you are for only one day in Istanbul, we humbly advise to spend some time in Nevizade one of the liveliest and underrated neighbourhoods. Get lost in the narrow streets, cluttered with tables of countless bars and venues, known for live music (the rock and metal scene in Istanbul is out of control). Or if partying isn’t your thing, try one of the many “meyhanes” or typical Turkish restaurants in Sultanahmet Istanbul.

Rooftops. The best venues for both sound relaxation and non-stop partying are the venues crowding the Bosporus strait area. Life in Istanbul is lived on rooftops offering spectacular views of the city and waterways from above. Istanbul can get quite cold in the winter, so when bars and clubs open access to the rooftop’s revellers from all over the world come together as one, migrating to the parallel universe that is “Upper Istanbul”.

A person from Istanbul will notice that most of the places chosen by this list are on the European part of the city. For the Asian side we have Kadikoy. One of the most all-rounded districts, frequently topping the charts in liveability. The district is famous for its residential and world-class districts, its many parks and greenery and its fish market, the largest (open air) in the city and one of the best for street food and quintessential Turkish culinary products in the city.

Although we could go on for days, our list finishes here as there are just too many things to see and do in the city of seven hills. We didn’t even mention visiting quaint Sariyer to the north, seeing the massive Rumelihisari fortress, going on a picnic in Belgrad forest, going to a football match (one of most intense sporting events in the world is anyone of the Istanbul derbies) or seeing traditional Turkish dance numbers. One thing is sure, if you visit this city prepare to be overwhelmed. 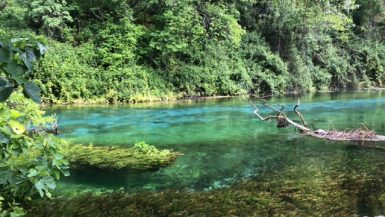 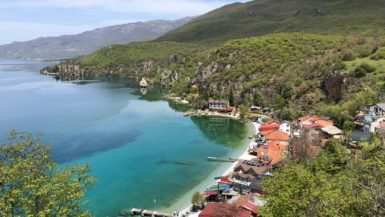