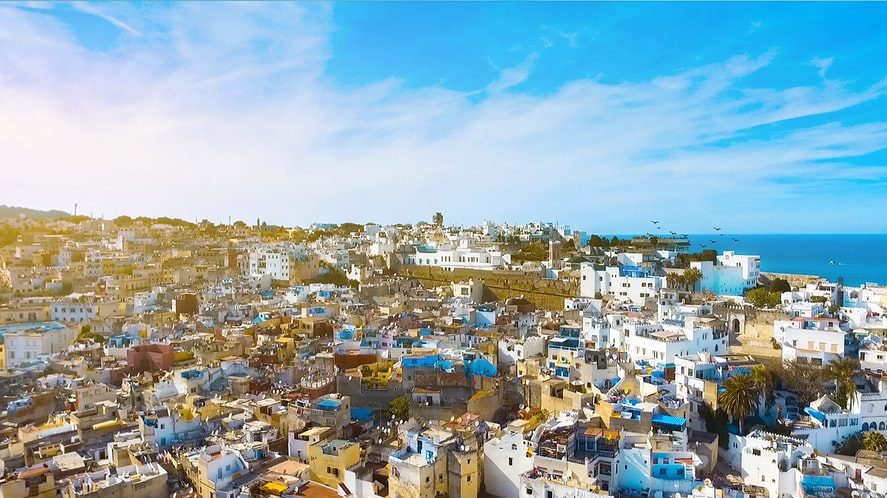 Tangier, the name alone evokes wonder, intrigue and mystery. A far cry from Morocco’s financial capital Casablanca, which although another amazing destination, has changed dramatically from its exotic depiction in the famous film of the same name.

Tangier has objectively retained much more of its mystique. The city has a history of over three millennia, being the confluence of uncountable cultures as a Phoenician, Roman and Berber trading center. From 1923 to 1957 the town was designated as an international city, with its own currency and legislation. During this period Tangier gained its fabled reputation as hub for Western diplomats, writers, spies, artists and businessmen flocking to the town due to its reputation a center of tolerance and bohemianism.

The city today has become the focus of massive re-modernization and development. Much of the investment is internal, with the kingdom of Morocco striving (and succeeding) in transforming the city in the premium tourist destination not only of the country but of all Northern Africa. But the city is also fast becoming a favourite for investors from the Arab peninsula, Russia, France and Spain.

A visual beckoning of this change is the complete overhaul of futuristic high-end apartments and luxury hotels coasting the Corniche, the famed promenade of Tangier overlooking the sapphire waters of its 5km wide bay on the Atlantic Ocean. These changes have not altered the enigmatic charm of the city. It is still quite easy to get lost in the city’s bustling Medina (the old town), strolling along the Souk (the market) between cluttered boutiques, inviting restaurants and gorgeous boho-chic palaces.

A feature of Tangier are unquestionably the Riads or Riyads. These urban dwellings can be found all throughout Morocco. A both elegant and advantageous example of spontaneous architecture characterized by the joining of different living quarters surrounding an internal courtyard often laden with gorgeously curated gardens and fountains. Many have now been reconverted to residences where one can spend the night at reasonable prices.

As for things to see, many guides state that one could visit Tangier for the sensations and ambiances alone as opposed to physical landmarks. That being said, some monuments deserve a very honourable mention.

The Kasbah was once the Sultan’s residence and overlooks the city from a breath-taking vantage point. The section of the Medina in the vicinity of this sprawling fortress is splendidly picturesque and more exclusive and low-key than toward the port. The most magnificent palaces and Riad’s of Tangier are located in this area, starting from the iconic “La Tangerina” to the more accessible but just as charming “Maison Blanche”, “Dar Sultan” and “Dar Nour”.

The “Nord Pinus” represents the pinnacle of luxury residences with an unbeatable view of the bay below, though prices for accommodation can be hefty, it is always possible to reserve an exquisite lunch or dinner while taking in the enthralling panorama (a specialty is the Andalusian-influenced Pastilla, a delicious pigeon pie).

The Hotel Continental is another must-visit just for its timeless charm. Entering it’s doors will catapult you back in time at least 60 years. To the north, less than a kilometre on foot from the Porte Kasbah is the famous (or infamous for it’s libertine narcotic use) Cafè Hafa situated on Avenue Mohamed Tazi. From this location one can see lights on the Spanish coast at night all the while being served in a bar that was once patronized by the likes of the Beatles, Rolling Stones and Jimi Hendrix.

For museums delving into the history of the city, especially of the unique social composition and norms of the city during the early modern period we have the Museè de la Kasbah, Museè de la Fondation Lorin and the most renowned: The Tangier American Legation Museum.

In the lower part of the Medina we can find more vestiges of International Tanger, exemplified by the “Petit Socco”. This tiny square was once the crossroads of the underbelly of the city, where one could find anything from drugs to company for the night. Today it is a tame tourist hotspot but grabbing a drink at the iconic Café Central while forlornly engaging in watching passers-by is still a preferred activity reminiscent of those shadier but arguably livelier times.

Connected to the Petit Socco by Rue As Siaghin (sometimes called Rue Bouselham) we arrive at the Bab el Fahs, the gate and main entry (and exit) of the Medina. Beyond the gate we arrive in the “Gran Socco” or big souk, built outside of the Medina to accommodate one of the biggest and bustling market squares of the country. On the south side of the plaza is the Cinema Rif, a local hub of culture for generations of intellectuals both local and foreign.

Moving on through Rue D’Angleterre (England boulevard) we pass Saint Andrew’s, the city’s Anglican church. We are deep in the Ville Nouvelle, or “new city” built during the colonial period, the centre of which is undoubtedly Place de France. In this square we can find the famed Cafè de Paris, frequented by Allan Ginsberg, Truman Capote and Tennesse Williams during Tangier’s heyday.

Going down the main thoroughfare, Boulevard Pasteur, we arrive at our final destination for the day. The Corniche as we mentioned, is an area coasting the port area from above. Here we can see where the old meets the new. The eclectic mix of colonial, international and Moorish architecture give way to newly constructed apartments and luxury hotels that have altered the Tangier’s skyline forever. While this constant change can bring bouts of melancholy when thinking of how unique and free-spirited the city once was, it also symbolizes the importance of Tangier and its cultural, spiritual and touristic rebirth. 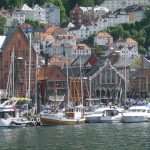 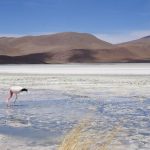 Kathmandu | The Nepali Capital at a Glance

Toulouse | The 10 Best Adventures the Pink City Has to Offer